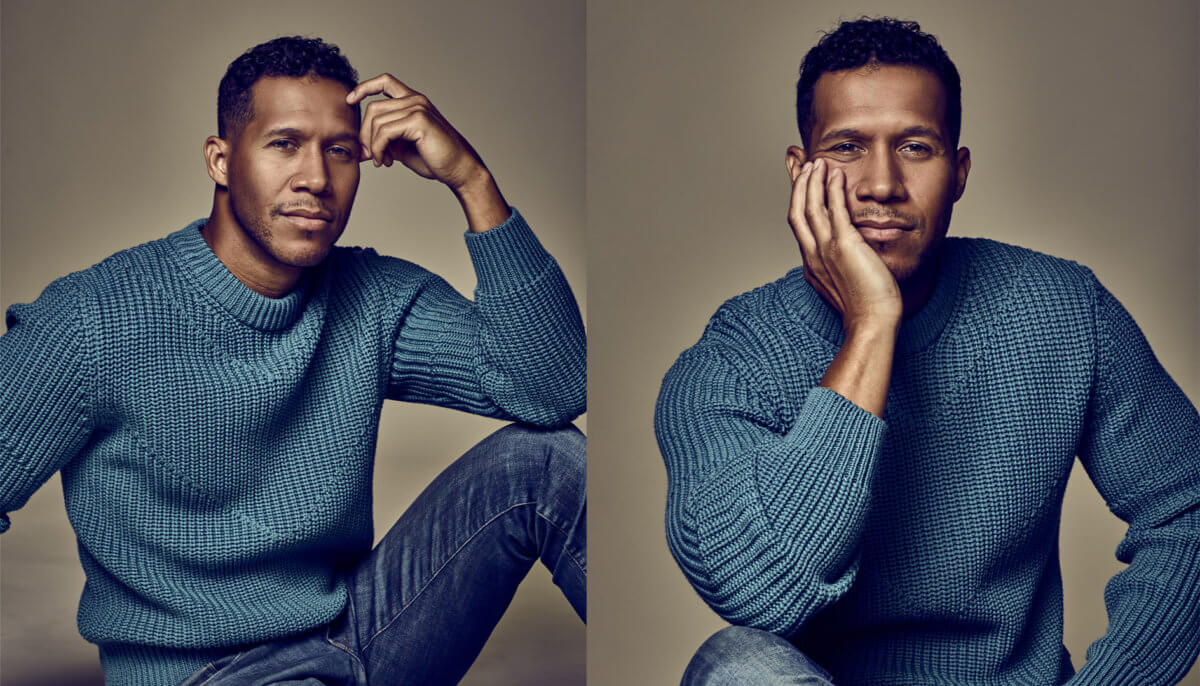 Actor Lodric D. Collins is hitting the silver screen as an iconic figure in the music industry in the upcoming Aretha Franklin biopic “Respect.”

Collins first became interested in acting when his grandmother took him to a community theater play in his hometown of Lake Charles, Louisiana.

“I was that rambunctious kid that never sit down and was always talking. My grandma brought me to a theater in the neighborhood, we went to see ‘The Adventures of Huckleberry Finn’ or something,” said Collins. “I remember being in that space and having an escape of imagination. I was paying attention to all the people, the spotlight, the sound, looking at this world being created. My grandma said it was the first time where I sat still and was quiet for more than five minutes. I remember saying I want to do that.”

Collins started to act in his local community theatre, and after high school he found himself enlisting in the Marines, looking for his next adventure. He knew he didn’t want to make a career in the military but knew he needed that challenge in his life.

“I was valiant at that age, I wanted to be a part of something important, a system that gave something and a protector and defender for family. It sounds like a Hallmark card but that’s how I felt at that age,” said Collins. “I needed adventure and a challenge that was serving to something.”

After finishing his military duty, Lodric ended up deferring plans to go to law school and relocated to New York City to pursue acting. He worked a 9 to 5 job while working on auditions.

Collins attributes a lot of what he learned in the military to how he prepares himself for acting jobs and auditions.

“I learned structure. One thing I learned in the Marines is that there’s nothing I couldn’t do,” said Collins. “If I put will in and trained and prepared, anything is possible. That’s my approach to auditions, it gives me confidence that I can do it and gives me the discipline to wake up.”

Collins has since built up a career in the entertainment space. He currently stars as Chief of Staff Donald Winthrop on BET’s “The Oval” and is also well known for appearing as Captain Elliot, the head of militia sent to end the apocalypse on SYFY’s “Z Nation” and as Lieutenant Marshall in NBC’s “Grimm.” In theater, Collins is known for his classical work in roles such as General Hannibal Barca (Massanissa) and Berowne (Loves Labors Lost), for which he received rave reviews.

You can see Collins as the iconic singer-songwriter Smokey Robinson in the new film “Respect.” The film follows the life and career of Aretha Franklin, played by Jennifer Hudson.

“I was always a fan of Aretha and Smokey Robinson was an icon to me. My dad played Aretha Franklin every day, I was raised in it. Smokey Robinson and Lionel Ritchie were gods to me,” said Collins. “I saw a poster for the audition, and told my manager that if there was a role for Smokey Robinson, submit me for it, that’s the role I’m supposed to have it.”

Collins quickly landed the role and really started to further immerse himself into Robinson’s life and music. Though he was already a fan, Collins says there was so much that he learned about Robinson by playing him in the film.

“I thought I knew a lot, but I had to go deeper. I was playing his music and was looking at the writing of his songs — if you want to know about the songwriter, look at the words they write,” said Robinson. “There’s a line in his song ‘The Tracks of My Tears:’ ‘My smile is my make up / I wear since my break up with you.’ He’s always smiling, but there’s something behind that smile that’s deeper and darker than it appears.”

Collins hopes that whoever goes to see “Respect” take away the impact that Franklin and these artists had on music as well as the strength that they had to overcome the hardships in their lives.

“I hope they take away the strength of these characters. They had a lot of adversity and potholes to overcome, especially Aretha. I hope they see the strength, dignity, integrity, and commitment she had to the movement outside of herself,” said Collins. “It’s more than music, it’s a love letter to the music she created, but she birthed a movement through music, and she used that power to stand up for her own rights as a woman of color.”