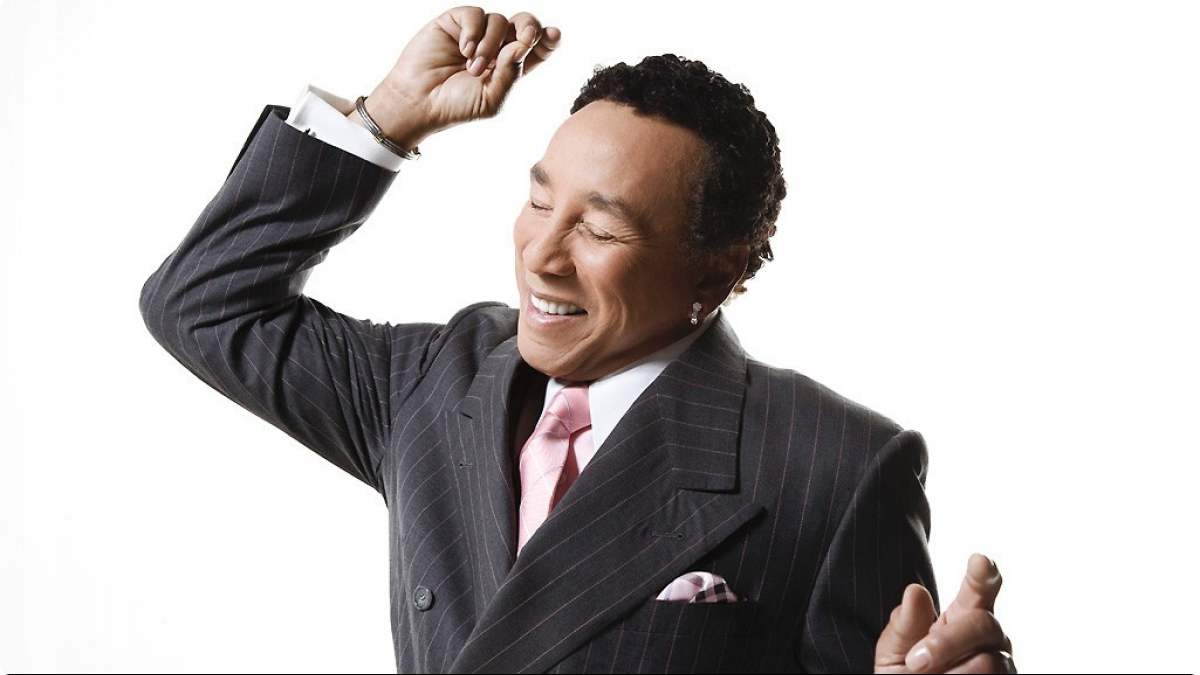 Robinson will receive the Stevie Ray Vaughan Award in recognition of his dedication and support of the MusiCares MAP Fund as well as his commitment to helping others with the addiction recovery process.

Performers will include GRAMMY-nominated artists El DeBarge and Kem, and GRAMMY winners Kenny “Babyface” Edmonds and Cee Lo Green. Robinson will give a closing performance with his touring band. Actor and comedian Cedric the Entertainer will host the event. Additional performers will be announced shortly.

“During the course of his 60-year career, Smokey’s stellar repertoire of extraordinary songwriting combined with his unique voice and dynamic performances continues to thrill sold-out audiences and fans worldwide,” said Neil Portnow, President/CEO of MusiCares and The Recording Academy. “He is also a passionate advocate for the MusiCares MAP Fund, and our work to help members of the music industry facing addiction. It is a genuine pleasure to honor a true musical icon and a courageous supporter of the recovery community.”

“I’ve been blessed to have a truly rewarding career in the music industry and I’ve worn many hats, from artist and songwriter to producer and executive,” said Robinson. “I also have experienced firsthand the ravages of addiction, and the role I’m most proud to be associated with is ‘sober.’ That’s why I’m so honored to receive this MusiCares MAP Fund tribute, because this charity saves lives day after day, all year long.”

An acclaimed singer/songwriter, Robinson’s career spans more than six decades of hits. Born and raised in Detroit, he founded the Miracles while still in high school. The Miracles’ “Shop Around,” which was co-written by Robinson and Berry Gordy, became Motown’s first No. 1 hit on the R&B Singles chart. In the years following, Robinson continued to pen hits for the group, including “You’ve Really Got A Hold On Me,” “Ooo Baby Baby,” “The Tracks Of My Tears,” “Going To A Go-Go,” “More Love,” “The Tears Of A Clown,” and “I Second That Emotion.”

The Miracles dominated the R&B scene throughout the 1960s and early 1970s. Robinson became vice president of Motown Records, serving as an in-house producer, talent scout and songwriter. In addition to writing hits for the Miracles, he wrote and produced hits for other Motown greats, including Marvin Gaye, Brenda Holloway, the Temptations, and Mary Wells.

Robinson has received numerous awards, including the GRAMMY Legend Award, The Recording Academy Lifetime Achievement Award, four recordings inducted into the GRAMMY Hall Of Fame, an honorary doctorate from Howard University, Kennedy Center Honors, and the National Medal of Arts Award. He has also been inducted into the Rock and Roll Hall of Fame and the Songwriters Hall of Fame. He remained vice president of Motown Records until the sale of the company, shaping the label’s success with his friend and mentor Gordy. Following his tenure at Motown, Robinson has continued his impressive touring career and released several successful solo albums.

All proceeds from the tribute concert will benefit the MusiCares MAP Fund, which provides members of the music community access to addiction recovery treatment regardless of their financial situation.