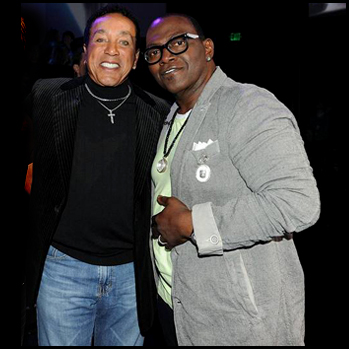 Randy Jackson has lined up his first gig since leaving American Idol.

The former TV judge is teaming up with Motown icon Smokey Robinson for a duets album due out in the fall. Jackson will produce the collection, which will be released by Verve Records.

The track list is expected to include songs written by Robinson for his solo career, his former group The Miracles, and for other artists, including Marvin Gaye and The Temptations.

The album will feature both “contemporary and classic artists,” though there’s no word yet on pairings. It will be Robinson’s first release for Verve and 29th album overall. Label chairman David Foster signed the singer in March.

“Randy Jackson is a longtime friend, a great musician and an amazing, experienced record producer,” says Robinson. “I’m honored and very happy to be working with him. He’s my brother.”

Adds Jackson: “It’s my utmost pleasure to produce this amazing duets record with the legend Smokey Robinson. He is one of the most incredible songwriters of all time. It’s going to be hot!”

In May, Jackson announced that he was leaving Idol after 11 seasons on the Fox show.